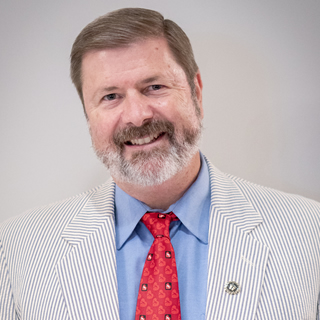 Q. What did the new AHS survey reveal about heartworm incidence in the U.S.?

A. About 4,500 veterinary practices and shelters from across the U.S. participated in the AHS Incidence Survey in early 2017, with the surveyfocusing on data from the 2016 calendar year. Approximately 24 percent of respondents noted an increase in heartworm incidence since 2013, while 19.8 percent noted a decrease. 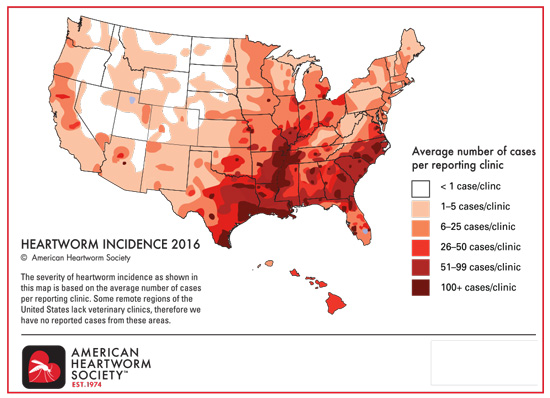 Q. What about the distribution of heartworm incidence? Has that changed in the past few years?

A. Heartworm cases are on the rise in the most endemic areas. The states with the highest heartworm incidence continue to be in the Southeast, Mid-South and Mississippi Delta regions. The top five states of Mississippi, Louisiana, Arkansas, Texas and Tennessee have been in the top ten states since we began conducting this survey in 2001. On a brighter note, certain areas of the country—in particular, California, Nevada, Arizona and New Mexico—saw incidence rates drop. The long-term drought in the West may have been a factor; however, recent relief from this drought means that the risk of heartworm transmission may increase in the future.

Q. What advice do you have for veterinarians?

A. We hope practitioners in areas with decreases in heartworm incidence will be inspired to continue their hard work, while veterinarians in areas with higher incidence will redouble their efforts. As the president of an organization devoted to heartworm education and research, I urge veterinarians to use the many free resources on heartwormsociety.org and to follow the AHS guidelines on annual testing and year-round prevention. Working together, we can ensure that the next incidence map paints a less colorful picture.

For more information on this and other heartworm topics, visit heartwormsociety.org.

The Pandemic Effects on Heartworm Prevention
"At the beginning of spring 2020, many veterinarians saw a drop in wellness visits and heartworm...
Veterinary Treatment Facility reminds pet owners of heartworm disease risks
Heartworms are a serious and potentially fatal disease that mainly affects dogs, cats and ferrets....
Heartworm cases on the rise this time of year
Experts say prevention starts now Heartworm can be turn into a deadly disease if not treated...
Veterinarians need to stress year-round mosquito control
While heartworm is a serious and potentially deadly disease, it is, fortunately, also preventable...
Mosquito season is especially dangerous for pets. Here's how to keep them safe
Keeping your furry friend safe is especially key as a common pest starts to reappear along with...
PAWS AND PAGES: Heartworm Awareness Month
April is National Heartworm Awareness Month, providing the perfect opportunity to emphasize the...
April is National Heartworm Awareness Month
More than a million pets in the United States have heartworms. Let that sink in, because it is one...
Prevention is better than the cure: April is heartworm awareness month
Ruth Olsen is the Operational Manager for the Sumter Humane Society. She provides a healthy home...
Heartworms and our Pets: What YOU need to know
Did you know? It’s National Heartworm Awareness Month: Indiana continues to rank high (top 12 )...
Relocating heartworm-positive dogs in dangerous times
In a perfect world, any dog diagnosed with heartworms would undergo treatment and recovery prior...
American Heartworm Society announces new recommendations
In an ideal world, any dog diagnosed with heartworms would undergo adulticide treatment and...
Safely Transport Heartworm-Positive Dogs
Rehoming. A move. Accompanying an owner on a trip. Such situations can mean that dogs diagnosed...

Adopted a puppy recently? Follow these five tips and you can help ensure your puppy grows to be a healthy adult.… https://t.co/yMJo0MjZDt

RT @AHS_Think12: Fall may have arrived, but that doesn't mean it's time to take pets off heartworm prevention. https://t.co/qNY6caBCkC

Your patients appreciate you and so do we! https://t.co/wRZw9mgdfK

RT @AHS_Think12: Thinking about slow kill as a protocol in your practice? In this mini-lecture, veterinary cardiologist Dr. Clarke Atkins s…