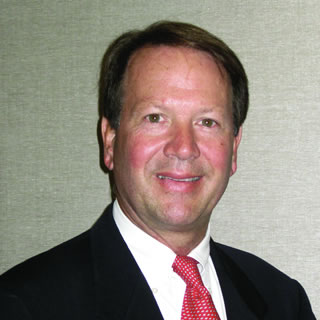 More than 4,200 veterinarians from clinics and shelters across the U.S. responded to the request for heartworm data, supplying information from some 3.5 million heartworm tests. In addition, veterinarians completed a survey on their perceptions around heartworm disease in their area and factors contributing to it

According to the survey, heartworm infections were diagnosed in all 50 states, with 75 percent of veterinarians reporting positive cases of heartworm in their practices. One in three practitioners stated that heartworm is either a “significant” disease problem (18 percent) or  “one of the most serious diseases affecting their patients” (15 percent). Just over half said they see heartworm cases “occasionally” while only 13 percent reported that they never see heartworm-positive patients.

If there’s a silver lining to this unwelcome news, it’s that a simple solution is in the hands of veterinarians and pet owners: getting more pet owners to administer heartworm preventives year-round.

Other factors contributing to incidence

While of obvious concern to our profession, product lack of efficacy did not emerge as a major contributing factor to heartworm incidence, in the opinion of veterinarians participating in the survey. Among the 19 percent of those who perceived a rise in incidence, less than 6 percent cited it as a factor. Lack of compliance, wet weather conditions that caused an increase in mosquitoes, and the influx of heartworm-positive rescue dogs into practice areas were considered to be of much greater importance.

The vision of the American Heartworm Society is a world without heartworm. While we’re not likely to see that vision fulfilled for years to come, we can take steps to reduce the incidence of the disease. Every time we put a new pet on heartworm prevention or refill a patient’s medication on time, we make a difference.

Revert Back to Pre-Pandemic Heartworm Practices
As practices resume routine wellness checks, veterinarians should ensure patients are protected...
5 Fall Tips for Protecting your Pet’s Health
(BPT) - Whether fall is when you switch out your exercise regimen or schedule your annual flu...
No State is Heartworm Free
An American Heartworm Society survey of approximately 6,000 veterinary practices and shelters...
Managing heartworm during the COVID-19 pandemic
Heartworm management is a cornerstone of pet health care, but the need to reduce the risk of the...
How do pets get heartworms?
Heartworm disease is a devastating disease that starts with a single mosquito bite. Learn how pets...
Preventing, diagnosing and treating heartworms
The American Heartworm Society is the veterinary profession’s leading resource on heartworm...
Heartworm prevalent in South, expanding in other hot spots
By Greg Cima Heartworm disease became more common in hot spots across the U.S. and remained...
Prevention Amid Uncertainty
Veterinarians are concerned that the limitations of COVD-19 has placed on veterinary services...
Laying the groundwork for a canine heartworm vaccine
U.K. researchers are looking to determine whether the proteins that allow filarial parasites to...
The other heartworm patient
Brian Calabro, DVM When it comes to heartworms, cats may be overlooked but they’re certainly not...
The promise of heartworm prevention: An expert Q&A
Heartworm disease prevention and annual testing are a must for dogs and cats across the United...
Feline heartworm disease: A diagnostic dilemma
When using antigen and antibody tests, veterinarians need to be aware of their shortcomings By Tom...

Test cats for heartworm antibody and antigen. Keep them on preventive year-round. There's no treatment for heartwor… https://t.co/IJPDE4DurJ

RT @AHS_Think12: Read on for a great break-down on heartworm test types for both cats and dogs! https://t.co/Ju9qeks6LN #parasitology #hear…